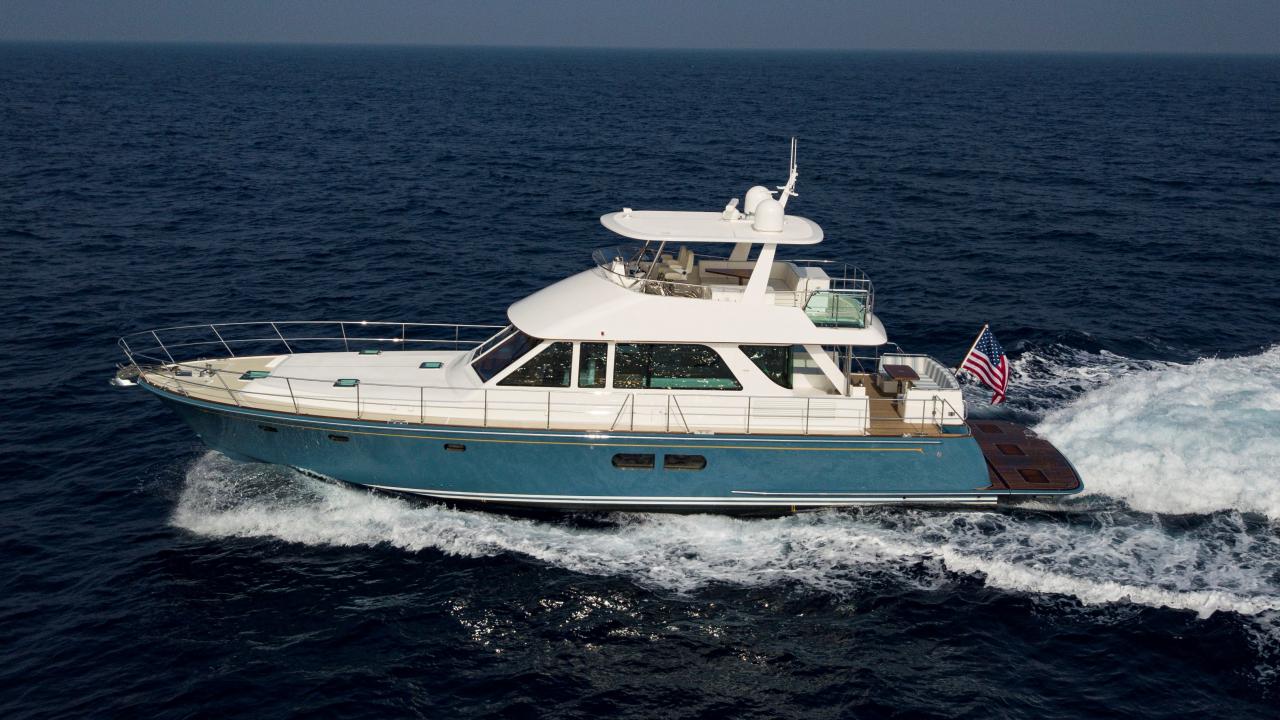 The Hunt Ocean 63 is crafted for the discerning yachtsman seekin…

14 m 1979 Jarvis Newman 46 Pilot House Trawler
EUR  148.813 *
Indiantown, United States
Global One Yacht Sales
This is a 1979 46' Jarvis Newman Pilothouse Trawler which was finished by Lee Wilbur. She has been used from 2003 to 2017 as a pleasure/cruising vessel after originally being built for dragging (never

14 m 1978 Jarvis Newman Jarvis Newman 46
EUR  173.426 *
Marblehead, United States
CW Hood Yachts
"Lionfish" was commissioned in 1978 for an East Coast sailor. He chose Lyman Morse to build her to exacting standards. She was built with the finest materials available. For example,

/>
più
11 m 1987 Jarvis Newman Cruiser
EUR  153.280 *
Southwest Harbor, United States
Newman Marine
Annie is one of four Jarvis Newman 36s that the Henry Hinckley Company beautifully finished.  She has a well-designed interior with superb craftsmanship. She has been very well maintained and

10 m 1988 Jarvis Newman 32
EUR  139.266 *
South Freeport, United States
THOMAS YACHT
Come fall in love with this "true" Maine downeast boat! Finished by Malcolm L. Pettegrow. They just don't come around often like this, she is powered with a 315HP Yanmar, she has a c

8 m 1983 Jarvis Newman Friendship Sloop
EUR  30.656 *
Waterville, United States
Newman Marine
Baby Blue, Sail No. 249 in the Friendship Sloop Society, was built in 1983 by the Jarvis Newman Company of Southwest Harbor, Maine. Her hull is hand-laid fiberglass, and she has a one-piece molded fib

8 m 1978 Jarvis Newman Surfhunter
EUR  48.174 *
Round Pond, United States
Yachting Solutions Sales Group
Escort is one of the early Surfhunter 25's and was built by Jarvis Newman in 1978.  She is equipped with traditional inboard power and has benefited from a major engine overhaul/rebuild in 20
*This price is based on today's currency conversion rate.