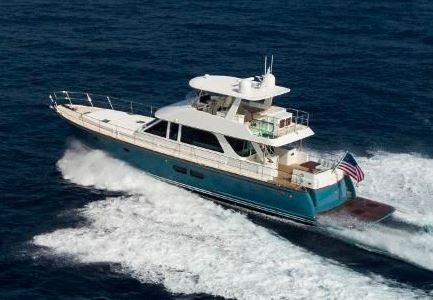 The Hunt Ocean 63 is crafted for the discerning yachtsman seekin…

/>
più
8 m 2012 Webbers Cove Downeast Cruiser
EUR  175.888 *
Round Pond, United States
Gray & Gray Yacht Brokers, Inc.
She is a New Downeast Cruiser with only a sea trial on her hull and engines! This custom build was placed on hold after the hull was laid up in 2012. She was finished and outfitted in 2020 by B&am
*This price is based on today's currency conversion rate.